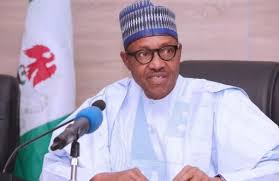 A day after signing Deep Offshore and Inland Basin Production Sharing Contract Amendment Bill into law in London, President Muhammadu Buhari has approved the sack at least 35 out of over 80 aides in the office of Vice President Yemi Osinbajo, we can reliably report.

The president is currently in London, United Kingdom for a two-week “private visit” and is expected back in Abuja on November 17.

Credible sources who preferred anonymity said the aides may be formally issued their sack letters on Wednesday.

Preparatory to their eventual dismissal, we learnt the aides were posted out to some line ministries relevant to their designation last month. The move was allegedly to deny them access to the Villa and reduce the influence of the vice president.

“Although more than half of the aides are under the payroll of donor agencies, the cabal eased them out in order to whittle down the influence of the vice president,” said a source familiar with the development.

“None of them were queried or interdicted for any wrongdoing. It is not about cutting cost, because no aide was sacked in the president’s office nor office of the First Lady, where six more aides appointed less than one month ago. They were just sacked to reduce the VP’s influence.”

Both spokesmen for the president and vice president, Garba Shehu and Laolu Akande respectively, did not respond to a text message seeking their reaction to the development.

Editor - April 9, 2020
0
The former Senator Robert Bonuola Koleoso who represented Oyo North Constituency between 2003 and 2006 is dead. He passed on today...

Over 300 detainees rescued in Ibadan