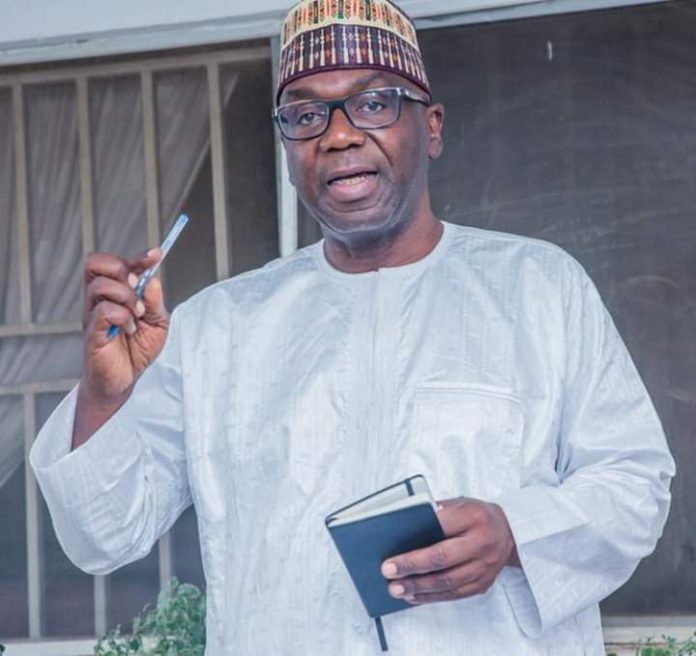 As the various States of the federation celebrated the Country’s Independence today, October, 1st, 2019, the Kwara State Government, under the auspices of Mallam AbdulRahman AbdulRazaq, called on Nigerian citizens to join hands with governments both at the State and the Federal levels in the crusade to fix basic things that will impact positively on the lives of the people.

The Executive Governor of Kawara State, Mallam AbdulRahman AbdulRazaq, gave the call while addressing Kwarans during the celebration of the 59th Independence Anniversary of the Country held at the Metropolitan Square, Ada-Dam Road, Ilorin.

Governor AbdulRazaq, who was represented by the Secretary to the State Government, Professor Maman Saba Jibril, urged Nigerians to shun any act that can affect the unity of the Country, saying all citizens must work harder to promote the agenda for building a nation-state.

The Governor highlighted healthcare, education, infrastructural development, women empowerment, and others as areas that need urgent attention of the Government.

He advised Nigerians to work for a system that represents the interest of all not the one that exclusively favours the privileged few.

The Governor said that Nigerians have to come together to address the challenges of drug abuse, climate and others.

Mallam AbdulRazaq also enjoined the people of the State to avoid any act that can impede our development, explaining that the target of his administration is equal opportunity for all.

The Independence Celebration was spiced with Parade Inspection by His Excellency, His Excellency’s Salute, March-Past by Uniform Voluntary and paramilitary organisations and schools, cultural entertainment by members of the Kwara State Council for Arts and Culture.

Other personalities at the event were Kwara State Head of Service, Mrs. Suzan Modupe Oluwole, the Permanent Secretary, Kwara State Ministry of Sports and Youth Development, Alhaji AbdulQuadir Shuaib Akanbi and others.

Editor - January 29, 2020
0
Kazakh carrier Air Astana has highlighted the uncertain potential impact from the Chinese coronavirus outbreak on its operations, after unveiling a strong...

LASUTH Board Donates PPE to the Hospital

Feature: On Postponement of Electricity Tariffs and Public Perception of DISCOs