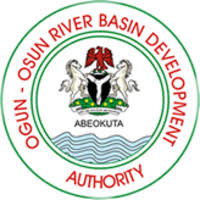 The purpose for the creation of River Basin were Provision of drinking water;  Irrigation system for food supplies and food security; Habitat rearing; Fossil information and Means of transportation and improvement of navigation. Others were Recreation centres; Hydroelectric power supplies; Erosion control; Flood management; Oceanic recharge; Environmental pollution control amongst others.

In terms of proximity, I am privileged to have a close examination of the Ogun-Osun Dam that is located in-between Abeokuta and Igboora, in Oyo State. However, from the reality confronting us, it is clear that Federal Government has not been giving attention to the purpose behind the creation of the River Basins, most especially the dams.

The current flooding being experienced around certain part of Lagos and adjoining Ogun communities, is as a result of the poor use of Ogun-Osun Dam, areas such as Ikorodu and all the communities around Long Bridge on the Lagos-Ibadan Expressway have suffered greatly in recent past. It is obvious that the purpose for its creation had not been pursued.

If the River Basin has been put to optimal use, there would have been hundreds of employment opportunities would have been created. Equally, the river Basins were meant to bridge the gap between between the rural and urban centres by taking development to the grassroots and discourage rural urban migration. By this, small and medium scale industries would have been greatly encouraged and entrepreneurship would have flooded the socio-economic span of the basin.

When the Federal Government could no longer pursue the purpose for which the Ogun-Osun Dam was created. It was rented out for private business ventures for fish farming. The three notable commercial fish farm companies that are presently operating in the Dam are Indian-owned Premium Aqualculture which is rearing fish in large commercial quantities to make profit; Durantee farm – owned and managed by another group of Indian businessmen and Nigerian-owned Ejide Fish Farm, a large-scale fish farm known for massive fish supplies to their clients nationwide. These companies are making a lot of money in Nigeria through the Ogun-Osun Dam that the Federal Government of Nigeria did not put to optimal use.

Worthy of note is another dam called Ikere Gorge Dam in Iseyin, Oyo State and Ogun-Osun River Basin, Ogun State are linked through Ogun River that flows from Saki to the Lagoon. The Ogun River has major tributaries from Ofiki and Opeki rivers. The waterfront that has its origin from the isolated area of Saki in Oyo North, Oyo State. Ogun River flows through three Nigerian States namely: Oyo, Ogun and Lagos states and ultimately into the Lagoon. Ogun River naturally created the politically delineated Oke Ogun enclave that is commonly addressed as Oyo North in most popular literature and research works.

Unfortunately, when the government of Olusegun Obasanjo that promulgated the River Basins Decree in 1976 as the Military Head of State returned in 1999 as the Civilian President, he could not revisit and address the project. Till date, Ikere Gorge Dam has not achieved the purpose of its creation. Sadly again, as massive as the dam is, the project is abandoned without installing the deployed Turbine. Aare Olusegun Obasanjo spent eight solid years as the President but his agenda was far from completing the project he started as the Military leader after many years of abandonment.

The effects of the meeting of the Ogun-Osun Dam from Abeokuta and Ikere Gorge Dam from Iseyin in Ogun River can easily be imagined. Considering the present flood situation that is ravaging many communities today, the question that should readily come to mind is- Does Ogun River have the required deep to accommodate the excess water flowing from the two dams?

The flooding challenges experienced by communities such as Isheri, Sparklight Estate, Opic Estates, Warewa, Mokore, Arigbede, Banku, City View Estate, Forthright Estate, Punch Newspaper, parts of Arepo and Magboro Community are clear testimonies that Ogun River as a channel is inadequate to accommodate the water flows from the two dams.

Many lives have been lost to this perennial flooding and properties worth billions of naira have been seriously and lamentably destroyed. Many of the residents in these affected areas have vacated their submerged and overwhelmed properties. Husbands, wives and the children are dispersed over different locations in search of safety. The economic strangulation ravaging our nation is not helping matters! Those that there houses are not totally submerged are managing to go about their daily business activities using canoes as their means of transportation to access other parts of the state.

It is important to stress the fact that most of the roads in the listed communities are constructed and maintained through communal efforts of tax-paying residents using Community Development Associations (CDA) that are not receiving yearly subventions from the government. This Flood has cut most roads and no more ‘motorable’. We are at a ‘begin again’ levels to restore normalcy into our lives, businesses and roads.

Commuters along the Lagos-Ibadan Expressway, especially the Long Bridge, around this time would not be able to capture the experience of residents around these axis. If the purposes of creating the dams had not been achieved, what are the available approaches to achieving them without wasting previous lives and properties yearly?

According to the forecast for this year, the rain has not stopped and it will continue till December 2019. So, with the current water level in those dams which is very high, there is the tendency for the authorities to open up the dams again to release the water in these communities before the year runs out. If this happens, the already bad case will become worse. All we are saying is in no way targeted at instilling fears in the minds of residents in the affected communities and areas; but, the truth of the matter is, this is the right time to face the reality of what has befallen us and proffer solutions to our problems.

As it were, it would be gratifying to see the perennial life-threatening flood and the destruction of properties come to an end, this is really possible if the government provide corrective and preventive interventions. The governors of the affected states and the Federal government should set up a committee to inspect all the dams created across the country and objectively the dams nationwide. With immediate effect, the affected communities should be visited and they can proffer the necessary solutions to the evident challenges.

In addition, what are the remedies and damage control methods? Dredging of so many identifiable canals in the flooding areas for water ways into the Lagoon should be urgently and massively embarked upon.

Reservoirs should be constructed in different strategic locations with a view to channeling the excess water from the dams into them for irrigation and fishing purposes. We don’t need magicians to tell us that such action will reduce flooding and its negative consequences on lives and properties.

The Ministry of Physical and Urban Planning should wake up to ensure that the waterways are maintained within the best practices. Also, the Ministry of Local Governments and Cooperative Developments should team up with other community development agencies to jump start effective coordination of LCDA in order to ensure there are no illegal constructions on waterways. Mechanism to checkmate official approval of illegal structures should be established to avert corrupt practices.

River Basin Dams in Nigeria, especially the Ogun-Osun Dam that have been causing yearly havoc to the residents of Oyo, Ogun and Lagos States, should be properly and sustainably developed to enhance and ensure socio-economic growth of the Nation or else it will continue to endanger the lives and properties of many Nigerians. Agriculture have the potential to give us a turnaround in Nigeria if we put these rivers and Dams in Nigeria to optimal use.

Tim Amosun, a Community Leader in Ogun State, can be reached via timamosun@yahoo.com

Always Look on the Bright Side of Life — FBNQuest