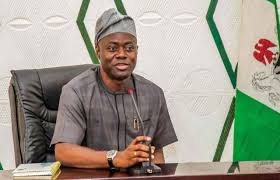 Gov. Seyi Makinde of Oyo State has disclosed that about N8 billion will be spent on the expansion of the popular Iwo-Road interchange in Ibadan, the state capital.

Makinde, who made this known on Friday, when he visited Adogba Central Mosque at Iwo-Road, said that the project would be completed between nine and 11months.

The News Agency of Nigeria, (NAN) reports that the governor was accompanied by his deputy, Alhaji Rauf Olaniyan, to the Jumat service, said he was there to solicit support from the congregation over government’s decision to demolish the mosque.

He said the decision to demolish the mosque to pave way for the construction of an interchange was part of his administration’s plan to make Ibadan a befitting state capital, adding that a church around the interchange area would also be demolished.

He dismissed the insinuations that the demolition had religion undertone, saying four out of the first six persons in government hierarchy in the state are Muslims.

He said his administration was committed to the infrastructural development of the state, especially the state capital, so as to restore the old glory when Ibadan was the capital of the old Western Region.

Makinde said government had provided another land for the building of a befitting mosque for the congregation and promised to personally spearhead the construction of the new mosque.

He appealed to Muslim faithful to support the decision for the overall development of the state.