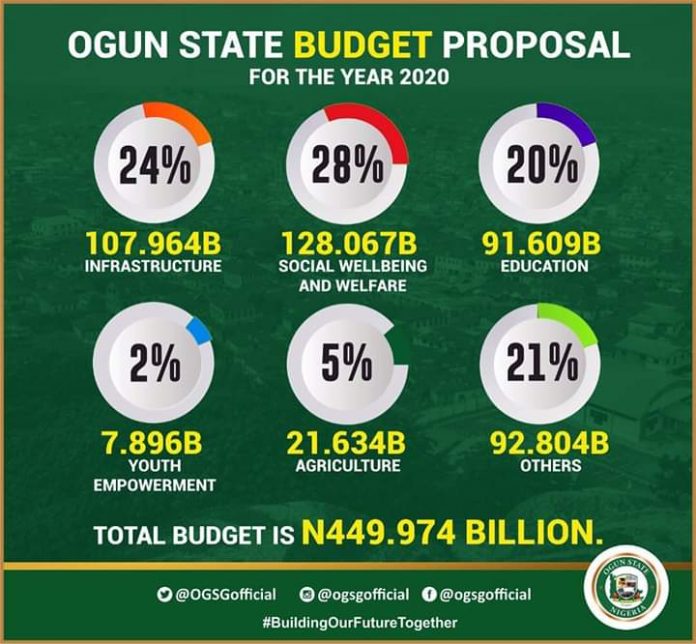 Ogun State Governor, Dapo Abiodun, Tuesday presented a budget proposal of N449.97 billion for the 2020 fiscal year to the state House of Assembly with N269.132 billion earmarked for capital expenditure.

Christened “Budget to Build our Future Together,” the fiscal proposal has N180.842 billion for recurrent expenditure, representing 39.69 per cent.

Abiodun explained that the 2020 budget proposal was based on his government’s resolve to reflect the determination to deliver electoral promises to the optimal level.

He noted that an estimated N254.946 billion was projected as internally generated revenue for the state, while statutory allocation was expected to be N43.431 billion.

According to him, “Personnel cost will be N109.183 billion, salaries and allowances is N83.238 billion , while pension and gratuities will be N25.945 billion while overhead costs stands at N71.659 billion.”

He said Infrastructure had the lion share of N107.964 billion, followed by social well-being and welfare, N128.06 billion.

Education, he added, would receive N91.609 billion, youth empowerment N7.896 billion, while N21.634 billion was earmarked for agriculture and N92.804 billion would go to other sectors.

Abiodun said his administration would reform the machinery of government for good governance and the well-being of the people by focusing on healthcare, housing, environment and physical planning as well as water and waste management.

“Our administration will also put in place a workable Public Financial Management System that eliminates leakages and ensures efficient and judicious use of our common wealth.

“As a matter of fact, we are currently reviewing the State Debt Management Strategy.

”We equally gave an Executive Order for the establishment of the Fiscal Responsibility Commission for prudent financial management of the state’s resources,” he said.

He stated that the proposed budget would be funded largely through Internally Generated Revenue (IGR).

Editor - July 3, 2020
0
The Bureau of the Boards Of Governors of the African Development Bank Group (AfDB) has appointed a three member panel to review...

Feature: Some of the Tools for the Job in Hand —... 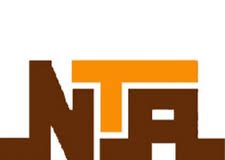