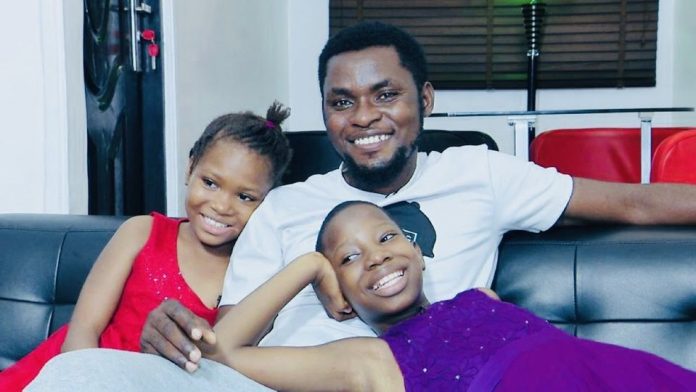 As Facebook continues to spotlight exemplary Nigerians whose work has helped put Nigeria and Africa as a whole on the global map with the ‘Made by Africa: Loved by the World’ campaign, the name Mark Angel comes to mind as this name and the brand it represents has become such a strong force to reckon with in the comedy industry today.

The brand enjoys a large following of over 17 million followers on Facebook and over 1 million followers on Instagram.  There’s no doubt that the content produced by Mark Angel has endeared the hearts of millions all over the world. In 2016, Emmanuella was awarded the “Princess of Comedy” title as well as “Best New Comedienne,” at the Afro Australia Music and Movie Awards (AAMMA 2016) in far away Syndey, Australia.

Mark Angel currently ranks as the most popular Nigerian brand on Facebook with the largest number of followers. But what has made Mark Angel become such a recognizable name in comedy today?

According to Mark Angel himself, the first video they posted on social media only got four views. But today, his Facebook page boasts over 17 million followers, and his videos easily get a combined view of over a million on average on all social media platforms weekly. All this has happened because he and his team didn’t get discouraged by the low response they got at first.

Having learnt cinematography from faraway India, Mark Angel didn’t allow his focus to simply be on content creation.  According to Mark Angel, he spent over $100 (over ₦40,000 naira based on current exchange rates) to learn how to edit videos as it is possible to get disappointed by those who are skilled in this area anytime.

Mark invested $5,000 (over ₦2 million) on equipment and also invested in getting a production team. The results of that investment today are obvious as the quality of his video production greatly improved. Today, the Mark Angel brand has equipment worth a lot more than $50,000 (₦20 million).

Every Friday, the Mark Angel team makes sure that content is posted on all social media platforms. This creates a regular sense of expectation in the heart of the fans as they always know when to expect content. To make this happen, the team obviously has to make sure all the requisite content is ready for posting before Friday.

Mark Angel prides itself as being one of the first brands in the comedy skits producing sector to feature children as stars and main characters with Emmanuella having grown in fame and popularity over the years. This obviously has become a niche for the brand as they have recently been seen to include other children in different episodes, popularly among which is teenage sensation, Success.

Watch his story on the official Facebook Africa page and on a dedicated ‘Made by Africa, Loved by the World’ microsite to get a glimpse into the growth and success of Mark Angel, the African creative whose comedy is loved by the world.