NEW YORK, USA, October 01, 2021,-/African Media Agency (AMA)/-The Ethiopian Ministry of Foreign Affairs said in a tweet that five members of the UN humanitarian affairs office, OCHA, including senior leaders, were being ordered out of the country, as well as the UN Children’s Fund UNICEF Representative, and a team leader from the UN human rights office, OHCHR.

As a reminder that all UN humanitarian operations are guided by “the core principles of humanity, impartiality, neutrality, and independence”, the UN chief’s statement reacting to the expulsion order, highlighted that in Ethiopia, “the UN is delivering lifesaving aid – including food, medicine, water, and sanitation supplies – to people in desperate need”.

Some 5.2 million people currently need help in the country’s northern regions of Tigray, Amhara and Afar, after heavy fighting erupted last November between central Government troops and those loyal to the Tigray People’s Liberation Front (TPLF).

The tweet from the foreign ministry, said that it was ejecting the UN officials for allegedly “meddling in the internal affairs of the country.”

Meanwhile, the Government’s de facto blockade of the restive Tigray region continues, according to the UN Emergency Relief Coordinator, Martin Griffiths, who said this week that after 11 months of conflict and three months of de-facto blockade, the humanitarian crisis in Tigray is spiralling out of control.

Commercial supplies have been prevented from entering since the end of June, causing severe shortages of essential commodities and a sharp rise in prices. Although humanitarian partners continue to respond to urgent needs in the area, stocks and resources are facing depletion.

Flagging that 400,000 people are living in famine-like conditions, he warned that it is likely to get far worse before it gets better.

The UN humanitarian chief said problems were mounting for civilians caught up in the conflict, including desert locusts, a potential poor harvest, humanitarian aid not getting through, and fighting spreading into the neighbouring regions of Amhara and Afar.

© UNICEF/Mulugeta AyeneA mother holds her one-year-old son, who is suffering from malnutrition, at a health centre in the Tigray region of northern Ethiopia.

UN humanitarian colleagues say that child malnutrition is now at the same level as it was at the onset of the 2011 Somalia famine, with aid delivery – including fuel –  into Tigray, remaining a challenge.

Over the past week, 79 trucks carrying aid arrived in Tigray via the Semera-Abala-Mekelle corridor – bringing the total number of humanitarian trucks that have entered Tigray since 12 July to 606.

“As we’ve said many times, what we need is 100 trucks to enter Tigray every day. So we are way below that target”, UN spokesperson Stéphane Dujarric told journalists at a regular press briefing on Wednesday, noting that trucks carrying fuel and medical supplies cannot enter into Tigray and are waiting in Afar to travel to Mekelle.

“I have full confidence in the UN staff who are in Ethiopia doing this work”, the Secretary-General said. “The UN is committed to helping Ethiopian people who rely on humanitarian assistance”.

He added that the UN is now engaging with the Government of Ethiopia to advocate for the easing of blockade-like conditions and to allow for sustained and regular access to aid convoys.

Mr. Guterres concluded with the expectation that “the concerned UN staff will be allowed to continue their important work”. 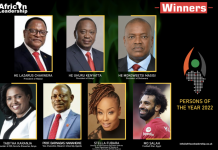