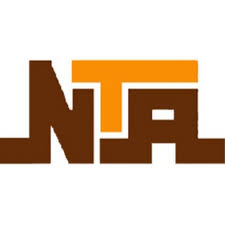 Irate commercial motorcycle operators otherwise known as ‘Okada’ have set ablaze residential buildings and other property, including the NTA station in Uyo, the Akwa Ibom state capital.
They carried out the destruction during a violent protest against the alleged killing of their colleague by operatives of the State Anti Robbery Squad(SARS) on Tuesday.
For several hours, human and vehicular movements were disrupted while the rampaging riders torched and vandalised property, including several vehicles belonging to government.
Eye witness made it known that the protest erupted as a result of the massive clampdown on the activities of commercial motorcyclists and the insistence by the police to wholesomely implement government directive stopping their operation in Uyo.

It was also learnt the Police went to the NTA station to make announcement that the ban was still in force when the angry bike operators trailed them and set part of the station ablaze.

Enobong Peter Ukpe, a tricycle operator along the Goodluck Jonathan Boulevard, where the incident took place, told journalists that the deceased was shot dead by the SARS men trying to enforce the ban on commercial motorcycle operations on the Uyo metropolis.

“He (the deceased had resisted the Police who tried to seize his motorcycle for violating the ban on motorcycle operations in the Uyo,” he said.
Effiong Usen, a motorcyclist from the neigbouring Ibiono Local Ibom Local Government Area, said the protest became necessary due to incessant harassment by the Police.

The Mbierebe axis extending to the Godswill Akpabio international stadium has been locked down with businesses at a standstill.
The rioting cyclists battled armed security agents, pelting stones and other dangerous objects at any official government vehicles.
It was learnt the SARS’ men who killed the motorcyclist took his remains in their van to the state Headquarters at Ikot Akpanabia for onward transmission to the mortuary.

However, the Police Public Relations Officer (PPRO), Mr. Odiko Macdon, who described the incident as “unfortunate”, decried what he called the non-compliant attitude of the motorcycle operators since the ban was announced.