The person was said to be crossing the road while the mini bus coming from ado axis rammed into him and he died immediately.

Witnesses explained that the deceased who was a building engineer, supervising a building project at the Broadcasting Service of Ekiti State (BSES) was said to have gone to take a lunch and eventually crushed by the reckless driver

It was also observed that some irate people set the bus ablaze after they discovered that the driver has ran away.

Sympathisers at the scene who attributed the accident to excessive speeding urged motorists to exercise patient while on road.

Meanwhile, officials of the Federal Road Safety Corps FRSC has taken the corpse to an undisclosed mortuary.

COVID-19: Should Funke Akindele be hosting a house party?

VOX Pop: What Nigerians said about the lockdown orders of PMB

COVID-19: Should Funke Akindele be hosting a house party?

VOX Pop: What Nigerians said about the lockdown orders of PMB

Editor - January 10, 2020
0
The Nigerian Airspace Management Agency (NAMA) has responded to a press release by the Nigerian Air Traffic Controller’s Association (NATCA) on the...

We have not filed any human right case in Abuja- Onyema’s...

Feature: Immoralities in higher institutions- Seen it all? 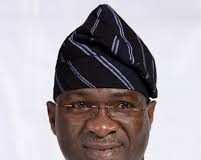